Women's football super cup is already at the Cosme Damião!

With the victory in the Women's Football Super Cup 2022 by  4-1 (after extra-time), has come for the team to deliver the trophy at the Benfica Museum - Cosme Damião. Cloé Lacasse, Sílvia Rebelo, Ana Vitória, and Pauleta were in charge, on behalf of the working group led by Filipa Patão. The exhibition dedicated to the two-time champions has been inaugurated

The temporary exhibition "Unstoppable - The Successful Path of the Women's Football Team", conceived by the Cultural Heritage Department of Sport Lisboa e Benfica, was inaugurated this Friday, July 29, in the lobby of the Benfica Museum - Cosme Damião. Under the theme "Only We Feel This Way," the celebration consists of five events of sharing and many stories. 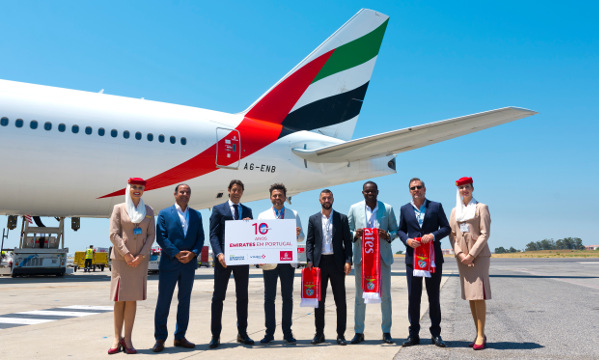 Official Sponsor of Sport Lisboa e Benfica since the beginning of the 2015/16 season, the Emirates – biggest airline company in the world – celebrates this Saturday, July 9, 10 years of operation in Portugal. In the official ceremony, with David Quito, Country Manager of the Emirates in Portugal, as host, Benfica was represented by the President Rui Costa and Miguel Bento (Marketing and Sales Director), Bernardo Faria Carvalho (International Expansion Chief Executive), Simão Sabrosa (Director of International Relations) and Pedro Mantorras (Ambassador of Benfica). From August 1 onwards, the Emirates will have 11 flights a week via Lisbon, offering the passengers more than 130 destinations departing from Dubai.