"We believed and we did it": players' reactions

João Mário, Yaremchuk, Gilberto and André Almeida shared their first impressions after Benfica qualified for the round of 16 of the Champions League.

Benfica beat Dynamo Kyiv by 2-0 and qualified for the competition's round of 16. João Mário, Yaremchuk, Gilberto and André Almeida highlighted the good performance. João Mário: "Only a great team could advance in this group"

"It is a great pride [to have been the 'Man of the Match' for UEFA]. We knew how difficult it was to qualify in this group. Emphasize that, it's amazing what we did. The team played a good first half, there was some anxiety in the second half, but I believe that is normal because we knew the result of the other game. Congratulations to the team, because only a great team could advance in this group." Yaremchuk: "Thanks to the fans for the atmosphere in the stadium"

"It's a great feeling. It's always a great feeling to score in the Champions League, but the most important thing is the result and going into the next round. I respect Dynamo Kyiv and wish them good luck, but today it was crucial for us to get the three points and secure qualification."

"Thanks also to our fans for the great atmosphere at Estádio da Luz. Now we have to see who we are going to play, but Benfica always thinks about winning every game." 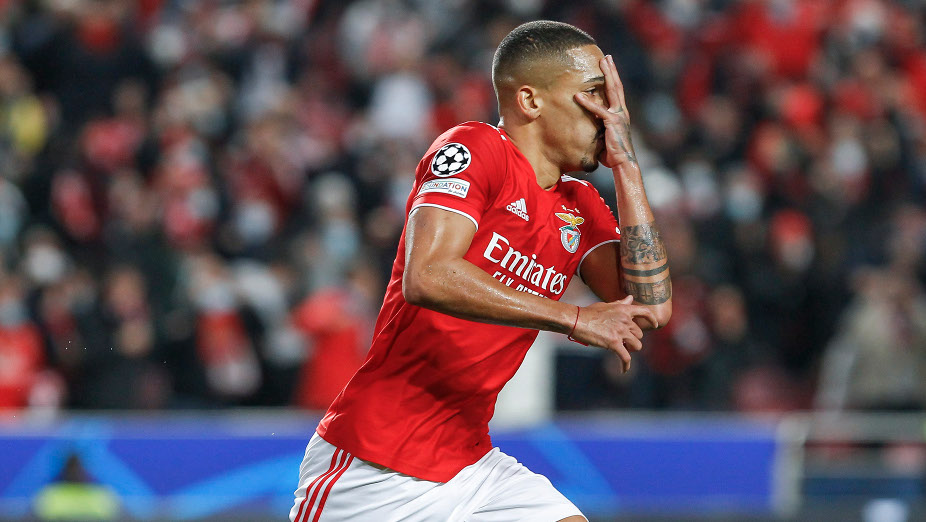 Gilberto: "It is a dream, I have no words"

"A Champions League match always has physical duels, the teams go in wanting to win, but it is also my dream and I go in giving everything when I wear the Benfica jersey. I was privileged to score a goal and I am very happy."

"I came from the bottom, from the northern part of Rio de Janeiro. To reach Europe and score a goal in the Champions League, for Benfica, at Estádio da Luz, is a dream. I have no words." André Almeida: "Clear answer to what this club is"

"We are proud of what we did, it was the best reaction we could have to the last game. It was a very difficult group and Benfica gave a clear answer of what this club is and the feeling we have in this Champions League.We believed all along that we could do something different, that we would make it to the round of 16. We started very well in the first half, we got a 2-0 lead; in the second half we didn't score so well, but the most important thing is the qualification and the team is to be congratulated." The first training session of SL Benfica in the 2022/23 pre-season is now completed. The day started early at Benfica Campus, the stage for the training, with Roger Schmidt and his players, and under the watchful eye of the President Rui Costa. The coach spoke to journalists this afternoon, before new training session at 5 pm, in Seixal. Ready for a new Era!

All set! After the medicals and the physicals tests which marked the first two days of the 2022/23 pre-season, the football team of SL Benfica started today, Monday, a new Era. Players, coaching staff and staff, with the presence of the President Rui Costa, arrived early at Benfica Campus. The first training session takes place in the morning, with a new session at 5 pm. At 2:30 pm, the coach Roger Schmidt speaks to journalists, in the press conference room of Estádio da Luz.