Magnusson: “Jonas is an amazing player”

The former forward was happy to see the number 10 jersey reach the 33 goals he scored in 1989/90 and guaranteed that the Brazilian will keep on scoring. A true "benfiquista", he misses Luz and he feels loved by the supporters.

Mats Magnusson represented Benfica between 1987 and 1992. In an era in which Sweden had a strong representation at Luz, the forward stood out for the goal galore that during several years made him the best foreign goalscorer in the history of Benfica – in the meantime, he was surpassed by Cardozo and Jonas. In an interview granted to the Official Site, the former player revealed what he currently, that he still has Benfica in his heart and that he feels loved by the supporters. He believes in the title defense.

Mats Magnusson, what have you been doing?

I live in Sweden. I am devoted to the family.

What is your occupation?

I am working in a big ventilation company. I began working at this company 10 years ago

And what about football?

I am not involved in football at this moment “To be a Benfica fan is something hard to explain (…) to someone who is not Benfica. Is like a person who has children and another who does not”

Of course I do! Always! I am a huge Benfica fan. I feel that the supporters love me a lot, I feel that affection. To live Benfica in Sweden is different. I miss Benfica a lot.

You were in Portugal and at Luz recently.

The last time I was there was last year. I went to Marquês de Pombal.

In the match against V. Guimarães…

Do the supporters recognize you?

Yes, of course. When I go to a match at Luz, I must arrive three hours before the kick-off to enter the stadium. I feel a lot of affection and love from the supporters and I thank them a lot.

Do you miss that affection?

To be a Benfica fan is something hard to explain. For someone who is not a Benfica fan, it is difficult to explain what it means to be a supporter of this Club. It is like a person who has children and another who does not. The Mystic of this Club is very strong. It is a lot of love!

For many years you were the best foreign goalscorer of Benfica. Did you feel special?

Now I was surpassed by Jonas. I was very happy for Jonas. He is an amazing player. I think that I am the third now, but was the best foreign goalscorer for many years. 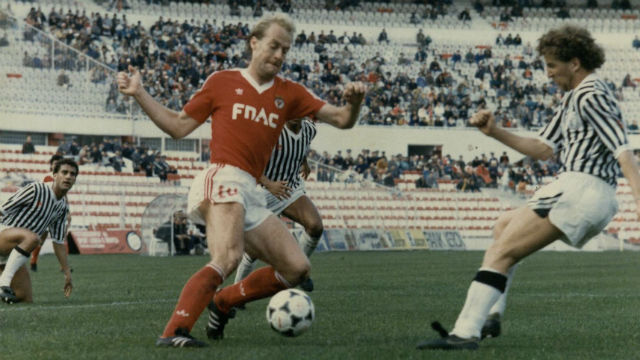 “When I go to a match at Luz, I must arrive three hours before the kick-off to enter the stadium. I feel a lot of affection and love from the fans”

Were you happy to see the mark overcome?

Speaking of marks and records… Jonas matched the 33 goals which are your record in the Championship. Did you know?

What is your opinion on the coach Rui Vitória?

I don’t know him in person. He is on top of the Championship table, he is the Champion. He is doing a good job and he doesn’t have to prove anything.

You saw the new Estádio da Luz; you even played there (Match against Poverty, in 2010).

Yes, it is true. At that time, I was going through a crisis in my life. Fortunately, everything is fine now.

Differences in comparison with the old Cathedral?

The stadiums are different. I remember a match against Steaua de Bucharest with 124 thousand people… But the atmosphere of this new stadium is warmer, the supporters are closer to the pitch. The old Estádio da Luz was more impressive.

Do you believe in the Fifth league title in a row?

The Fifth league title in a row will arrive!