A question of greatness

On Sunday there is a derby, but the opponents only have eyes for the Four-time champions which wants to be five-times champion.

The "music" of our historical rivals, in what concerns to the performance and to the failure in the results of the respective professional teams, caused it to become out of tune. While Sporting starts its 16th season with no championships won, the FC Porto goes to its 5th.

On Sunday, October 1st, there is a derby at Alvalade, but lions and dragons, as we systematically see on their channels, continuously show that they only have eyes on us.

Benfica won 12 of the last 16 trophies in the country, it is a fact. They surely do not like it, but it is still a fact.

The Club imposed its vigor, reinforcing its greatness in each success, and even more important, in the adversities Benfica declared its capacity to assume and to learn with the mistakes, in order to win.

To go after the National Title, the 5th in a row, is the Benfica's target since the beginning of the 2017/18 season. The fight goes on in Madeira, against Marítimo, for Matchday 8 of Liga NOS. There are impressive numbers! With 1044 accurate passes in the opposition's half, no one hits as much as Benfica's number 21, who is also the player with the most passes delivered in the Liga NOS. 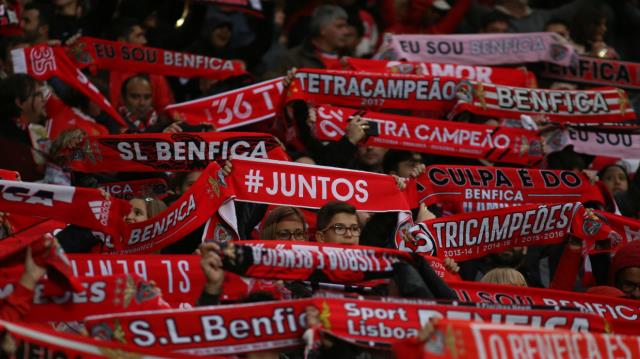 Focused on the Amoreira

The players of Benfica worked in Seixal with the objective of winning on Saturday, away at Estoril, the first of the four matches that are left to play in the Liga NOS. Jardel: “We will fight until the end”

The centre-back guarantees that the reds will not throw in the towel. Match from round 30 of the Liga NOS. "Clássico" from round 30 of the Liga NOS.
View more