On May 17 and 18, Sport Lisboa e Benfica received Athletic Bilbao officials at its facilities, who had the opportunity to visit the Stadium, Museum, Pavilions and Benfica Campus, within the cooperation partnership signed between the clubs that focuses on the areas of professional football, youth football and the Human Performance Department (HPD).

The close collaboration involves dynamics such as sharing best practices, short-term internships in both clubs, research, and development of topics considered relevant by both entities, to understand new ways of working.

This meeting in Lisbon was the second moment of the beginning of the cooperation between Sport Lisboa e Benfica and Athletic Bilbao, after the meeting in Spain in the last days of March. 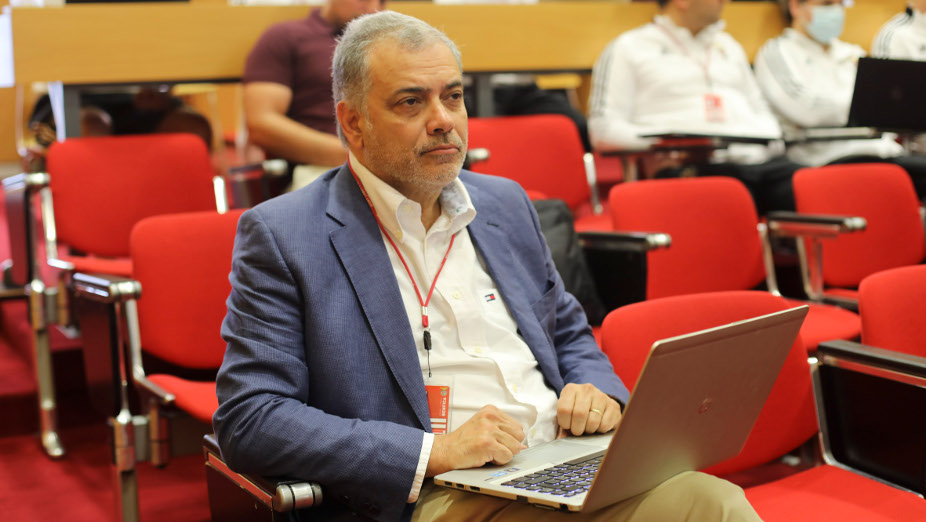 Rui Passo, SL Benfica's vice-president, spoke to the Club's official television channel and explained the purposes of this partnership.

"The goal, with this sharing and exchange of information, is that we can be stronger and more competitive, taking advantage of the fact that Athletic Bilbao also works with football, women's football, and youth football. It is in these areas that we believe we can develop", he claimed.

"They have something that is strong and impressive, but when they see the conditions that we have, both in the Stadium and in the Benfica Campus, they are stunned, because we are an example and a reference in the world.", he finished. Going into more technical and detailed issues, João Copeto, director of Information Technology Systems at SL Benfica, alluded to what is at stake.

"From the technological point of view, Benfica has been working in these areas for many years and has continually invested, whether in the first team, in the youth teams, or in the other sports. What we see today, in every club, is that there is more and more data and more and more technology used for sports. Following these trends and understanding how they can be used to our advantage is clearly a strategic objective of Benfica", he said. Nuno Maurício, head of Benfica's analytics and performance department, explained the bridges that unite the clubs and how to use them to their mutual advantage.

"We are looking for points of innovation and scientific knowledge that can benefit both Benfica and Athletic Bilbao, a situation where the difficulties of one can be solved by answers that the other club already has. We are sure to access good practices, a scientific knowledge acquired by Athletic in the Spanish League. The same goes for them regarding us. It's not a partnership where we will share confidential information, but rather best practices, processes and methodologies that can benefit both clubs", he explained. Andoni Bombín, Athletic Bilbao's technical director of youth football, reinforced and reiterated the statements made by the Reds' officials, stressing the importance of working and evolving together.

"What interests us is learning together. What we are learning here will help us develop issues that Benfica has already developed, and vice-versa. We believe that learning can be mutual. We are very united in what we want to achieve and the idea is to find common ground and work on projects that help both institutions", he claimed.