A three-game Saturday in the Pavilions of Luz

Supporters are invited to support the basketball, roller hockey and volleyball teams.

Next Saturday, on October 19, the men’s indoor sports are one of the highlights of the day of the Benfica universe. The afternoon begins with a basketball game (3:00 pm), followed by roller hockey (7:00 pm) and volleyball (8:45 pm). Book it on your calendar!

The men’s basketball will one the sporting afternoon with a great game. With the goal of regaining the Championship, the Reds will face the current champion, Oliveirense, at Pavilhão Fidelidade. The two teams head into round 3 with four points, the result of two triumphs. The game starts at 3:00 pm. At 7:00 pm, the roller hockey team makes its debut in the European League against SK Germania Herringen, from Germany, at Pavilhão Fidelidade. After a win against Sanjoanense, by 3-0, at the start of the Championship, Alejandro Domínguez’s team is motivated to hit the ground running in the competition, in a group where are also Barcelona and Hockey Sarzana.

Saturday ends with one of the big volleyball games. SC Espinho, the historic club of the sport, comes to Pavilion No. 2 of Luz to face the team led by Marcel Matz, in what will be the opening match of the national championship.

So, it promises to be an exciting Saturday with these three great games. The presence of members and supporters is indispensable to help athletes achieve their goals. The conquests of the trophies begin with the results achieved now and in the coming months. You are all called up! Other sports: activities suspended until April 2

In the Pavilions of SL Benfica and other facilities used by the Club. Weekend with a lot of Benfica

From the pavilions to the football pitches, men's and women's teams, there are many games that you can follow. A week full of Benfica

Between February 27 and March 1, football and other sports will be in action. Book it all on the agenda! 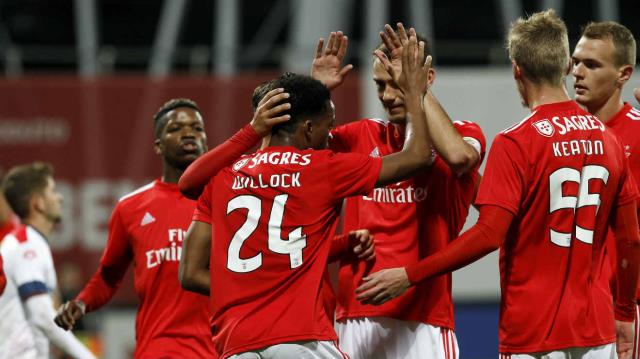 A "clássico" and a derby in a weekend full of Benfica

The new year starts with a lot of Benfica action to follow. Tickets for the matches Benfica-Braga (Semi-final of the championship's Playoff) and Benfica-HCP Grândola (Round 26 of the Championship) may be purchased at the Megastore. Football and other sports: all the results from March 27 to April 1

Between last Tuesday and Easter Sunday, there have been several triumphs. Find out all here.