The 30-year-old player joins the defensive line of the women’s football team.

Carole Costa, Portuguese international, is the new signing of the women's football team of Benfica. The centre-back, who signed a two-year deal, assured that her experience will help the Club to reach its goals.

The current red athlete started at Casa do Povo de Martim, played in Germany for seven years and then returned to Portugal to join Sporting CP (3 seasons). "I think I still have a lot to do in Portugal. My experience in football will bring some help to the team. I will try to help my teammates in order to reach the club’s goals", she declared. 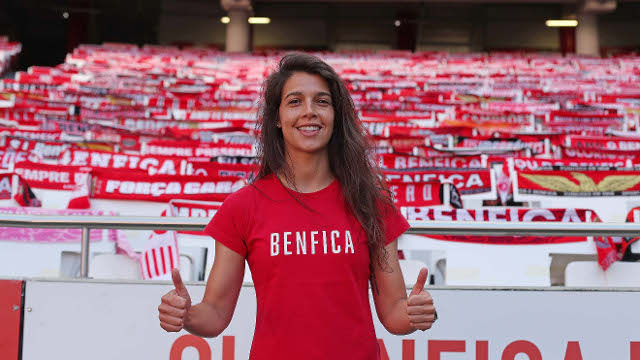 In the past, Carole Costa already played side by side with Sílvia Rebelo (Benfica’s player) in the Portuguese national team and now will be able to do it again, but with the red jersey on. "We played many times together, maybe it will be a plus as we know each other very well. I’m so happy to be here, it’s an enormous sense of pride to represent Benfica", concluded.