The Benfica athlete will face Omar Craddock and Christian Taylor from a distance in an innovative Diamond League format, the Inspiration Games.

Pedro Pichardo will jump again on July 9 in an innovative format of the Diamond League, the Inspiration Games, which will run simultaneously in seven different stadiums around the world.

Pichardo, aged 26, will compete in the running track number 1 of Estádio Universitário (starting at 7:05 pm ), with Omar Craddock and Christian Taylor as opponents, who will make their attempts on the triple jump in the United States, in Walnut and Bradenton respectively. The Inspiration Games do not replace the Diamond League final, but it will give some of the best athletes in the world the opportunity to return to competitive action. 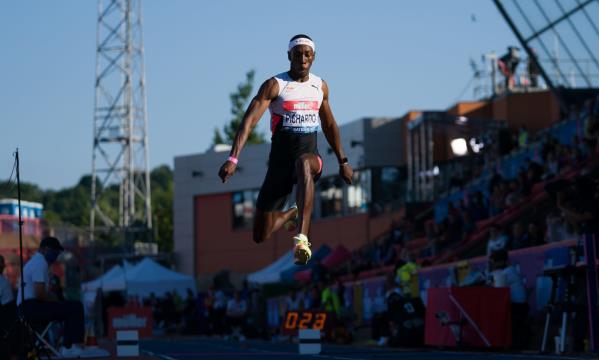 Pichardo in 3rd place in Hungary

The Benfica athlete achieved the mark of 17.28 meters at the Gyulai István Memorial.