Benfica conclude their journey in the 2018/19 edition of the Champions League with the home match against AEK at 8 pm on Wednesday.

To end the group stage of the 2018/19 Champions League with a triumph over AEK, on Wednesday evening, and to tackle the Europa League at the right time, think about the opponents one at a time – these were some of the ideas that Rui Vitória, the coach of Benfica, stressed in the preview Press Conference, at Caixa Futebol Campus.

A cycle with five matches in 17 days until the end of the year is coming. Do you think about this busy calendar when you prepare this match against AEK?

I think about it in a general way. December, January, and February are very busy months, with a short interval between matches, with little recovery time for the players, but this is something that was already defined.

To win against AEK will also be important for the fact it is a match at Estádio da Luz?

It is important because we want to win, end the group stage winning, rack up almost three millions to increase Benfica's total revenue in the 2018/19 edition of the Champions League. All that motivates us, as well as the prestige and the will to amass seven points in Group E. What are your expectations for the UEFA Europa League, given that Benfica has already secured its presence in next Monday's draw?

First we have this match against AEK. We want to win, finish the Champions League with a win. Then we will see who is going to be the opponent, thinking game by game. 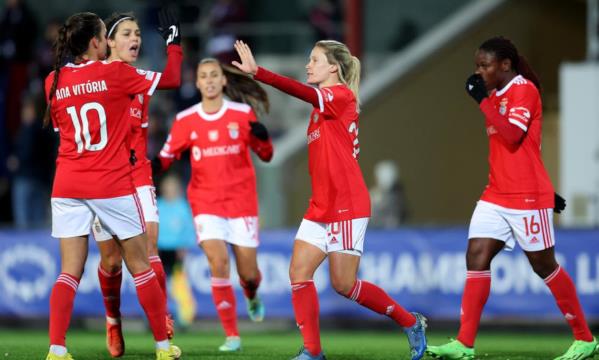