Benfica makes a difference: a new face among the Inspiradoras

The women's football team was joined by the captain of the Afghanistan national team in the morning work on October 1.

Making the difference: this is the motto that Benfica has been demonstrating and that was taken forward this Friday morning, October 1st, with the integration of the captain of the Afghanistan women's football team in the routine and work of the Inspiradoras.

"I am happy to be here. Benfica is known in Canada [where she currently lives], it's a world-class club and even in the women's football team project, which last season was national champion. There are many positive things about Benfica", highlighted the footballer to BTV. 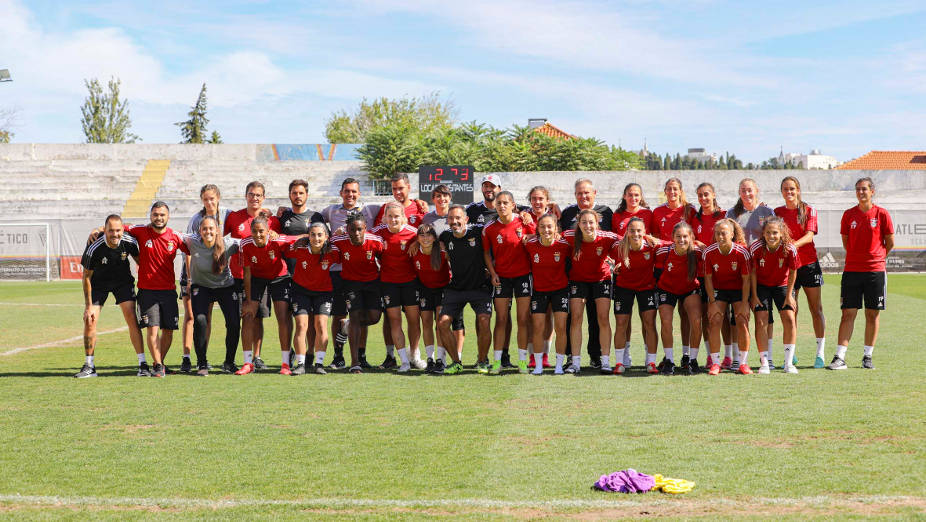 Message to the Afghan women living in Portugal

"I want to say, first of all, that I am grateful for Portugal and all that the country has done. But I also want to tell others to take the same leadership and support Afghanistan, the women and the vulnerable children as well. You may not change the world but you can change the world for one person. So that is a very meaningful thing to do", she stressed. At the Estádio da Tapadinha, accompanied by vice-president Fernando Tavares, the captain of the Afghanistan women's team received a Benfica jersey, personalized with her name, from the hands of team captain, Sílvia Rebelo.

"The growth of women's football is an inevitability. It is a great pleasure to have Farkhunda Muhtaj with us. She is an example and a leader who represents, in a way, the need for change. Benfica, by welcoming the player in this training, also wanted to give a solidary sign towards women's football. Benfica is the club in Portugal that invests the most in women's football", assured the director. "We were very happy with the athlete's presence, and it is good to show that Benfica supports these causes. We, more than football players, are people and we must be aware of what is happening in the world. It is important that we, as players, and everyone at Benfica show that we support these types of causes and that we try to help society grow", said Pauleta, one of the team captains.

"If the players think that losing against Sporting is a bad moment... A bad moment is what these women go through in various issues in this context. The best message we can give is that life is much more than a game, much more than losing and winning: there are bigger problems and we have to support, stand up and be in this fight with her and for them", finished Filipa Patão, the team coach. A day at Benfica for the Afghan national team captain Advantage for the play-offs affirmed in the derby

Benfica won away at Sporting in the game from matchday 14 of the 2nd phase of the National Championship.